William Shakespeare who is a great dramatist of all time is also known as “bard of Avon”. Although there are no birth records of William Shakespeare, some people believe that he was born in 1564. His birthplace was Stratford upon Avon and he was also raised there in England.

A 28-year-old man David McConnell, who was a door to door bookseller, introduced a product line which he named Avon. He named it Avon as the beauty of the countryside that surrounded Stratford-on-Avon, hit him. His first product line consisted of a toothbrush, vanity set, and talcum powder.

David’s business of bookselling was not going well. It was quite unsuccessful. He then introduced a rose-scented perfume and start giving that perfume as a gift with a book. It was a trick to encourage people to buy their books.

The popularity of perfume motivated him to start a business of perfume and to abandon the business of books. In 1897, he founded a California perfume factory, which was the first factory in Suffern, New York. After the death of David McConnell, his son run the business. he changed the name of the company to Avon in 1939. It was done in the honor of William Shakespeare’s hometown. 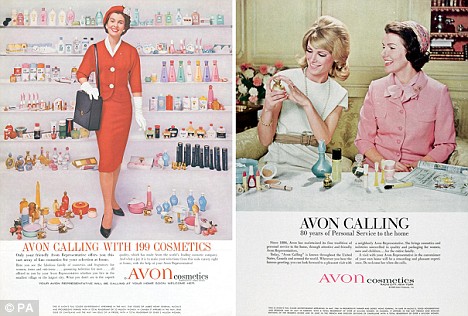 In 1886, the direct marketing system of Avon was developed by Mrs. P.F.E. She helped the business by selling the perfumes door-to-door step and she also created a team of saleswomen. Direct marketing also offered women an amazing chance to work and earn money outside the house in an era when women had only a few opportunities to do. The first product of Avon was the set of little dot perfume. After the first year of business, the company had a line of 20 different fragrances. In 1902, the company started selling a complete range of cosmetics. In 1961, the company introduced the iconic skin so soft which become the most recognizable product of Avon in its history.

Avon has grown into a very successful industry. It started from a small perfume company in New York to a globally recognized cosmetic and fragrance industry. The industry consists of almost 5 million representatives. The original product line has expanded much which includes soaps, jewelry, ornaments for Christmas and other household equipment. There are many stores, departments and online services are available for the customers.

People can shop at Avon easily now. Avon Products Inc. is considered as a multi-level marketing company in households, jewelry, beauty, and personal care categories. From the past few years, the annual sale of the company is $5.5 billion worldwide. The company is recorded as the fifth-largest beauty company with 6.4 million representatives worldwide. It is also the second-largest direct selling enterprise in the world too.